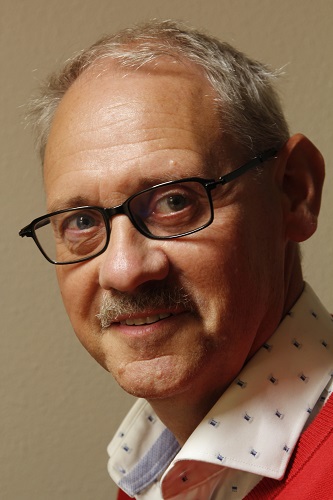 The real goal of PROTA was the description of the 10,000 useful plants in tropical Africa. By doing so, the project recovered local knowledge and inspired to renewed use of almost forgotten plants. PROTA also helped strengthen the social structure of small communities in Africa. Roel Lemmens, one of the remaining PROTA-contributors in Wageningen, speaks about the scope and the future of the project.

WUR-employee dr. Roel Lemmens is one of the remaining PROTA-contributors in Wageningen. He started his scientific career as a plant taxonomist, was involved as an editor in PROSEA, and joined PROTA right from its start. ‘We started in 2000,’ he tells. ‘At its peak there were in Wageningen seven people working for PROTA, mostly involved in collecting information from international sources.’

In Africa, close to the subject of the project, PROTA engaged about twenty people. Lemmens and his colleagues in Wageningen and in Europe (there was one in Kew Gardens in London, and two in Montpellier) focused on international literature. The PROTA-people in Africa searched local sources. The image that the information came from local witch doctors and secret healers in the rainforests is ‘too romantic’, Lemmens says. Nevertheless, the input from local specialists was highly needed. The data came from all sorts of institutes all over the continent, often in local languages.

‘A stock taking that big was completely new,’ Lemmens tells. ‘It was very complex and took a lot of time. I myself for instance contributed to Timbers, it took six years to complete it. You had to deliberate with a big team of specialists from Africa, Europa and elsewhere.’

Apart from the official part, PROTA inspired to ‘side paths’, Lemmens tells. ‘Sometimes that was at the request of funding agencies, but it also happened in response to requests from the field. It concerned translations into local languages, or leaflets, or teaching materials. Sometimes a publication led to experiments in the field. It often gave a nice result’, he remembers, ‘although it distracted us from the real goal.’

This real goal was the description of some 10,000 useful African plants. ‘Local knowledge about plants and their use is slowly diminishing,’ Lemmens tells. ‘That is because now everybody is using the same crops, and even the same cultivars of these crops. The use of local varieties decreases.’

An example is the African rice, a variety that is very different from the Asian rice. The last one, however, is disseminated globally and ousts the local types of rice. ‘It happens with almost all local crops,’ Lemmens states. ‘It was the power of PROTA that it tried to revive local knowledge and often succeeded.’ In that way PROTA also helped strengthen the social structure of small communities in Africa.

In the books and in the database the descriptions of plants have the same pattern: the scientific and the common names, origin and geographic distribution, uses, properties, and so on. ‘It combined local information about certain plants with the scientific knowledge about them,’ Lemmens explains. ‘This could lead to surprising discoveries. Medicinal plants for instance often are used for an extremely broad scope of ailments, from asthma to back pain. But when you look at the properties, you often find that this indeed makes sense. On the other hand, it is Africa, so you must take into account ceremonial use as well.’

Even though PROTA is no more, the knowledge is not lost. The books can still be ordered, from the Technical Centre for Agricultural and Rural Cooperation (CTA) and from Agromisa’s website; also, PROTA’s database and website remain accessible, although it has become more complicated to process comments.

After the PROTA foundation was liquidated, a new organisation came to life to help maintain the heritage. Although managed by volunteers, its name reveals a high level of ambition: PROW, Plant Resources of the World, primarily strives after distributing and combining the information of PROSEA and PROTA in one big database. It falls as a fund under the Wageningen University Fund. ‘That increases the possibilities of funding,’ Lemmens says optimistically.

One thought on “PROTA: Collecting useful plants in Africa”