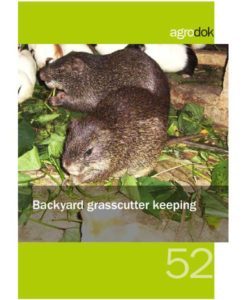 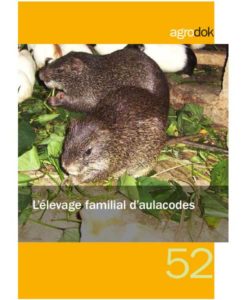 Grasscutters, or Cane-rats, occur in the wild in the bush and
savannah lands of West, Central and South-East Africa. Because
of its size and taste, the animal is heavily hunted for its meat.
This has caused a rapid decline in the wild grasscutter population
in areas populated by humans. In some West and Central African
countries this has led to co-ordinated attempts to raise these animals
in captivity. Farmers’ experiences with keeping grasscutters
combined with research into grasscutter farming has resulted
in techniques that are proving both successful and profi table.
Agromisa considered it important to systematically summarize
all the available information on this subject. This Agrodok gives
a clear description of the techniques and potential pitfalls of successful
grass-cutter rearing at the small-scale farm level.

Be the first to review “Backyard grasscutter keeping” Cancel reply 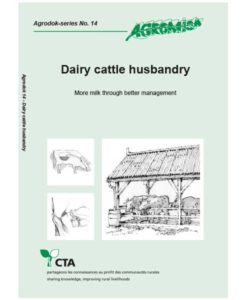 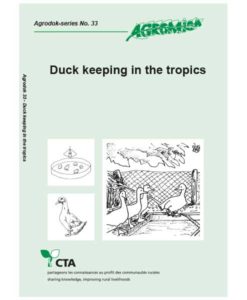 Duck keeping in the tropics 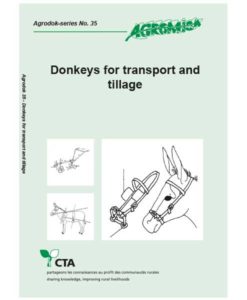 Donkeys for transport and tillage